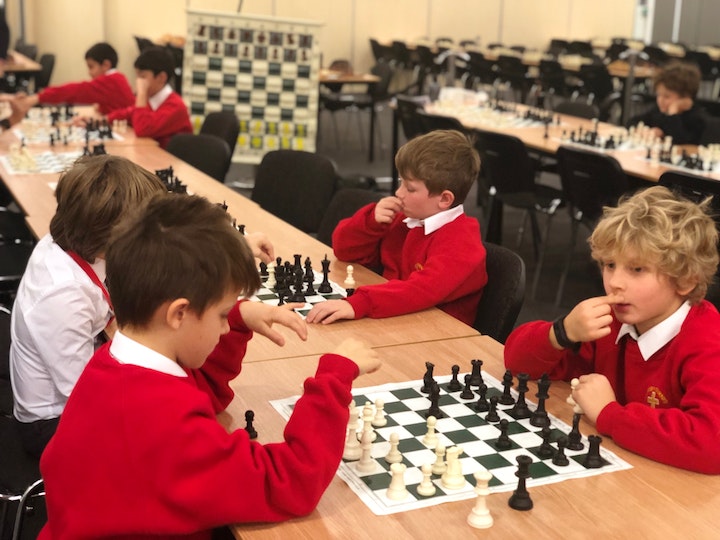 On Tuesday 4th December the 16 members of the Hampden Gurney Chess Club went to Olympia to compete against other players from Chess in Schools and Communities, (CSC) division of the 11th London Chess Classic. The London Chess Classic is not only one of the world's best and most important chess tournaments, it is also the finale to the 2019 Grand Chess Tour which meant after the children finished for the day the professionals, such as Magnus Carlsen of Norway, the highest rated player in history, took to the stage to play competitively.
The day started with a few of our pupils experiencing the excitement of playing on the grand stage against children from other schools. Their moves were projected on to the big screen with thrilling commentary from the professionals. The pupils then had a special lesson with their own Chess Master and the opportunity to play simultaneous games against him. Finally, in the actual tournament, the children played five matches against children from other schools in the same year group. The final scores were added up and Hampden Gurney won several medals. Everybody left with a little bit more skill, a smile and a goody bag with a magnetic chess set in it.